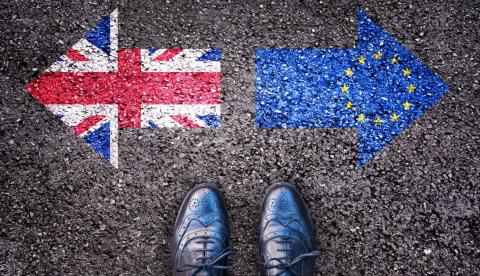 In this article, Quantum Plus considers the impact of Brexit over coming years to outsourcing for all organisations with outsourcing deals;

• Brexit is already generating uncertainty about relations between the EU and the UK, which in turn has a negative effect on the market.

• Until completion of the separation from the EU, the United Kingdom remains a member of the Union and all parties are obliged to abide by the existing rules. This includes GDPR, due next year, the new European data protection legislation is anticipated to catch many organisations out.

• Because of the lower pound, non-Euro countries (Hungary, Poland and the Czech Republic) are becoming more attractive for British business partners as an outsourcing location.

• Following Brexit, Britain may well experience a skill shortage, especially if labour movement into Britain is restricted. Despite the effect of currency, a skills shortage is likely to increase wages in Britain and hence increase the push towards outsourcing to cost effective near-shore and offshore locations, where skilled resources are more generally available and freedom of movement applies.

• The above impacts are likely to increase outsourcing to cost effective nearshore locations. The increased volume and ongoing competition, will in turn keep supplier rates relatively low, this will benefit the customer market for deals that have the appropriate contractual deal principles in place, but can introduce risk for those that are unprepared.

• As Brexit is a relatively new situation, the market responses are still emerging. However, discussions with our clients show that the following approaches are being adopted within outsourcing deals to mitigate Brexit risks:

• Staffing related issues such as the potential for reduced freedom of movement and impacts on the Acquired Rights Directive/ TUPE are also leading to uncertainty and may affect the rights of individuals and the ability to deliver services from UK locations and for UK nationals working in EU locations. This is impacting the choice of location of shared service centres.

• Currency is again an issue with Brexit (and potential further breakup of the EU) having an impact on the Euro. This may further strengthen the argument to contract in non-Euro European currency such as the Zloty which is more removed from impact of economic changes driving currency fluctuations in the Eurozone.

• Skills shortages in Britain will increase a push towards nearshore locations. This may inflate salaries, increase staff churn and threaten the availability of skilled staff in country to service the market.

• As a result of Brexit, the US political environment etc., customers are now realising the risk associated with having supplier staff based in a capability centre/ single location. Consideration should be given to spreading the risk and ensuring that options remain open to protect against the uncertainty.

• Also, it is important to provide as much flexibility as possible around termination for convenience of outsourcing arrangements. A “Brexit” termination clause could be considered with the right of exit and /or partial exit for any services which are adversely impacted as a result of the Brexit, or similar political situations.

When all is said and done, the crucial point is to be clear about your sourcing strategy and associated roadmap, identifying and addressing risks now and mitigating where possible. Take time today to straighten out your existing outsourcing, prepare now for your future outsourcing deals and you will be much better placed to cope with today's uncertain political and economic climates. We’re happy to come and chat to you about the impact of Brexit, your sourcing strategy and roadmap, get in touch at enquiries@quantumplus.co.uk .